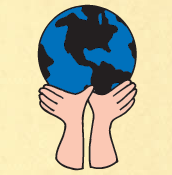 The world is made of many distinct peoples. Is it inevitable that they will always fight and be at war? Musician and songwriter, Honey Novick shares her perspective on using music to foster a culture of peace and peace-making.

Peace and peace-making is important to me because I was born in Canada to parents that immigrated from Israel.  My family are a political family in Israel having helped to create the new State of Israel.  Living in multicultural Toronto gave me, even as a child, the perspective that everyone has a right to walk the streets without fear.  When I went to Israel, the first time at age 11 years, I saw that cultures relate to one another differently than they do in Canada.  Some people don’t speak to one another or eat in the same restaurants and genders were treated differently where some women walked behind men.  It was eye-opening for me.  As an adventurous, precocious child, I wandered into NO-MAN’S LAND where I had a rifle aimed at me.  It was an unforgettable life lesson.    As a teenager and then young woman, the Israeli 6-Day war occurred.  My mother was distraught at the thought of her nephew in the Army.  It also was the time of the North American Cultural Revolution, Civil Rights Movement, Women’s Movement and the hatred for the Vietnamese War by my generation.  The fear of nuclear war was so frightening to me that in time, I became desolate and hopeless.  Fortunately, through my music, I was able to travel to First Nations Reserves, prisons and religious institutions where I resolved to focus on music and to use music to create peace and give more emphasis to peace thoughts than war thoughts or thoughts of the myriad ways people suffer.    The following is one of my lyrics:
WAR AIN’T NOTHIN’ BUT THE BLUES                          Honey Novick

War ain’t nothin’ but the blues
Guaranteed to make everybody lose
Using righteous indignation as an excuse
To justify each horrific act of abuse.

War ain’t nothin’ but an excuse
That lets misunderstanding play fast and loose
While ignorance rules the roost
Saying, ‘UGLY or UGLIER is the road to choose‘.

War ain’t nothin’ but the blues
Each song and story is more bad news.
WAKE UP NOW!!! ‘cause if you snooze, you lose –
Sleepwalking in life is no luxury cruise.

War ain’t nothin’ but the blues
Survival is only one of the avenues
That force people to seek life’s truths
Using animal instincts to amuse or confuse.

War ain’t nothin’ but the blues,
Dreams  evaporate – leaving dingy, blurred hues
Of hopeful memories guarding secret clues.
War, like peace, lives in our hearts enthused,
Challenging, “Which one do you choose?’

With this change in my perspective, I became happier, more hopeful.  On a personal level, I encountered the philosophy of Nichiren Buddhism, the mantra  NAM MYOHO RENGE KYO.  Through the vocal sounds of this mantra, I began to connect to my breath, my sound, my physicality and it helped.

Through the years, I have been stalwart in my dedication to use music for peace.  I believe that nothing is more important than the pursuit of wisdom and compassion, learning to trust others and challenging fears and doubts.  I believe that peace is within.  I find it there.  There is a Jewish parable of a wanderer who comes to the wall of a great city.  Outside the wall sits an old man.  The wanderer asks the old man, “Are there good people in this city?”  The old man responds, “Were there good people where you came from?”  “Yes,” replies the wanderer.  The old man tells him that he will find good people here.  Whenever we seek good people, we will find them just as likely as finding bad people.  It is all in our expectations.  Maybe this parable is simplistic, but I think this is the truth of humanity and ultimately peace.

I think that there is a common humanity that connects all living beings.  Music is a language that is understood by all.  We can communicate with the deaf and blind through rhythm, vibration, sound, like the lyric, “you reached for my hand and touched my heart”.  We all feel.

Recently I have been working with people who live with disabilities, physical as well as mental health issues.  Music is the language of empowerment and it is wonderful to see people change and become more confident.

I’d like to end this with another lyric:
Peace, The Attainable Goal

To me, peace is a river
that flows incessantly,
eternally, through everyday life.

It isn’t judgmental
or even definable,
it just is.

It kisses both lovers and warriors,
embracing both.

Peace is a goddess, an alchemist, a magician,
a great hope, eternal lamp of guiding warmth.
It is an ideal that causes misunderstandings.
It is an unlit, secret candle in a darkened cave.
Peace lives in the hearts of those who desire tomorrow.

To me, peace is a purpose for living –
the great attainable inheritance
bestowed and willed to all who
seek the truth of existence,
the dependent origination of interconnectedness.

Peace is a song without ending and a
reason to wake up each morning refreshed and ready
to greet the challenges and gifts of each day.

Peace walks with all who have open eyes and a caring heart.
Peace sings the songs that need to be heard by all those
willing to listen.

Peace exists amid turmoil, challenge, regret, disappointment.
It is the magic carpet that transports a heart daring
to go to new horizons and greater depths.

Thank you so much for reading this.  Your comments are valued and appreciated.

1 thought on “Creating A World Of Peace Through Music”