Although St. Patrick’s Day is a time when the world’s attention is drawn to all things Irish, there’s a resource-rich online site called The Irish Music Daily that’s dedicated to sharing and promoting Irish music year-round.  The Irish Daily shares lyrics and chords for popular Irish songs as well as news and articles about Irish musical figures both older and upcoming.  Recent posts cover popular musical sensations such as U2, Enya, Celtic Thunder and beloved Irish flutist, James Galway.  Aside from block-buster talent,  there’s also a great section called “Showcase” that spotlights amazing new talents and interpreters of Irish music from countries all over the world.

Even if you’re already a fan or devotee of Irish music, this site provides you with so much information, you’ll want to bookmark it and return often. Here are some of our favorite links from that site:

Who’s Who and Who’s New in Playing and Interpreting Irish Music Around The World
http://www.irishmusicdaily.com/video-showcase

Whistle a Merry Tune – With A Tin Whistle
http://www.tinytappingtoes.com/early-learning-with-music/whistle-a-merry-tune-with-a-tin-whistle/

Almost everyone is familiar with a group from Scotland called the Proclaimers. Comprised of twins; Craig and Charlie Reid, they are probably best known for a song with the chorus “I Would Walk 500 Miles” that appeared on their “Sunshine on Leith” album and became popular all over the globe.

Recently, however, this pro-independence musical pair have been back in the spotlight as a song they wrote back in 1988 called “Cap In Hand” has been rising rapidly on the download charts. Activists seeking a Yes-vote for Scottish independence have been behind an enthusiastic social media push to drive the song up the Amazon download chart as a way of voicing their opinion on the referendum.

Although the song speaks about Scotland in particular, the lyrics are oddly reminiscent of any country or group that has risen up and sought self-rule.  Among some of the most poignant lyrics are:

Although it’s not clear which way the vote for Scottish independence will go, it is certain that music is allowing people to express their opinions, their frustrations and feel that their voice and point of view are heard.

Here’s a video of Craig and Charlie Reid singing “Cap In Hand”.

“Plyve Kacha” or “Plyve Kacha Po Tysyni” translates literally to “the duckling swims”, but the lyrics are a dialogue between a mother and a son going off to war, according to the BBC’s Irena Taranyuk. She translates two of the most moving lines of the song this way:

“My dear mother, what will happen to me if I die in a foreign land?”

“Well, my dearest, you will be buried by other people.”

Dozens of people were killed by snipers in Maidan on February 18th and 20th, 2014 and were buried and mourned in a mass funeral on February 21st, with this song being used to memorialize their lives.

You can see images of those lost in that conflict in this video along with a version of this poignant song.  Lyrics to the song appear below (in Ukrainian). 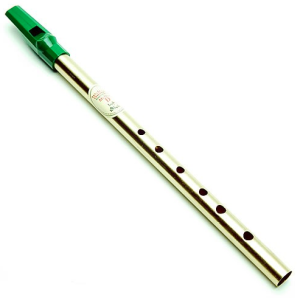 Quick!  Can you name 10 instruments used in traditional Irish music?

Harp (Often used as the the symbol of Ireland)

Banjo (originally from the USA,  but traveled back to the British Isles to become part of that folk music).

Here’s a website that we recommend for it’s a short, sweet and accurate descriptions of the basic instruments heard in Celtic and Irish folk music.

Want to try a homemade, hands-on version of the bodhran; a drum that probably originated from a winnowing sieve for grain?  We’ve got a post below where you can make and play your own version,  complete with the special beater or tipper used it play it.